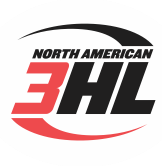 With final tryout camps coming up for thousands of would be junior hockey players, the decision on where to play can be a life-changing one. Players and parents alike have to investigate and ask the right kind of questions in order to determine the best situation. USA Hockey has only two certified non-tuition-based leagues (NAHL and USHL), so the numbers dictate that the majority of junior-eligible players will play at the Tier III junior level. With so many options at the Tier III tuition-based model, here are a few reasons that the NA3HL is the best option for the junior-bound player.

The NA3HL has been around since the mid-1980’s. In today’s ever-changing world of Tier III junior hockey in the United States, the NA3HL is a testimony to the stability and sustainability just what junior hockey should and can be.

The league began as the Central States Hockey League (CSHL) and quickly became a league that build a tradition on moving players onto the next levels of junior and college hockey.

It also established itself as the premier league of its kind in the middle of the United States and Midwest, a tradition that continues today with 22 teams that play within a tight geographical footprint of 10 states that includes: Illinois, Iowa, Kansas, Michigan, Missouri, Minnesota, Ohio, Pennsylvania, Texas and Wisconsin.

The NA3HL’s tradition is also linked to its alumni. One look at the players and even coaches who have moved onto higher levels of hockey after developing in the NA3HL is one of the main differences in a league who has a proven and quantitative track record of advancement.

Stanley Cup champion Brandon Bollig, Washington Capitals defenseman Steven Oleksy and Tampa Bay Lightning head coach Jon Cooper are just a few of the current NA3HL alumni in the NHL, which are in addition to the hundreds of those that are playing in the NCAA.

Exposure and the relationship with the NAHL

The NA3HL has set the standard with multiple league-wide showcase events that are held in conjunction with the 48-game regular season games that each team plays. The events included two NA3HL Showcases, an NA3HL Top Prospects Tournament and the NA3HL Silver Cup Championship.

The NA3HL saw over 50 scouts on average per event at these league-wide events in 2012-13. With numbers like that, it is no wonder that others have taken notice at what the NA3HL is doing. In addition, the events are not only geographically located to maximize the access for scouts, but also held at strategic times of the year to develop a balanced event schedule that will keep the exposure going throughout the entire season and in some cases, with cooperation with other leagues under the NAHL umbrella.

The relationship between the NAHL and the NA3HL is like no other. Through the NAHL’s vast resources for development and exposure, the NA3HL provides another worthy path for players to grow, on and off the ice, while being showcased in front of the entire junior, college and professional scouting community.

More importantly, the 2012-13 season was a landmark one in regards to player movement to the NAHL. In addition to the seven players who were selected in the 2013 NAHL Entry Draft, 24 NA3HL players signed tenders with NAHL teams during the 2012-13 season leading up to the draft.  In total, a record total of 31 players who played in the NA3HL this past season officially have their rights protected if they play in the NAHL through signing a tender or being drafted.

The NA3HL also participates and benefits in the NAHL’s wide menu of marketing partnerships, including its relationships with Easton, FASTHockey, OT Sports and Brian’s Custom Sports.

Competing and being certified under the USA Hockey platform assures the NA3HL and its member clubs of having the best environment, both on and off the ice, to ensure the junior experience meets everyone’s expectations. Of the nine certified Tier III junior hockey leagues that operate under the USA Hockey umbrella, none was better this past season than the NA3HL, who boasted the 2013 USA Hockey National Champion North Iowa Bulls.

This past spring, the Bulls not only won the NA3HL Silver Cup as its annual playoff champion, but they also earned a trip to compete in the USA Hockey Tier III Junior National Championships. Simply stated, it was domination by the NA3HL’s North Iowa Bulls, who went on to win the 2013 National Championship, outscoring their opponents 26-7 in the process during the five game tournament.

It capped off a tremendous season by the Bulls, who saw more than a dozen players advance to the next levels of hockey, providing further proof that the NA3HL is at the top of the Tier III junior hockey in the United States.

“The NA3HL provides the means, organization, structure and competition not only to make our team successful, but our players successful.  Many players will leave our team and the league with an opportunity to play at the next level and the great experience of having been fortunate enough to play for and win a National Championship because of playing in a league like the NA3HL,” said North Iowa head coach Todd Sanden.

The win marked the seventh time in the last 12 years that a team from the NA3HL had claimed the USA Hockey Tier III Junior National title.  No other league in the category has a track record of that success.